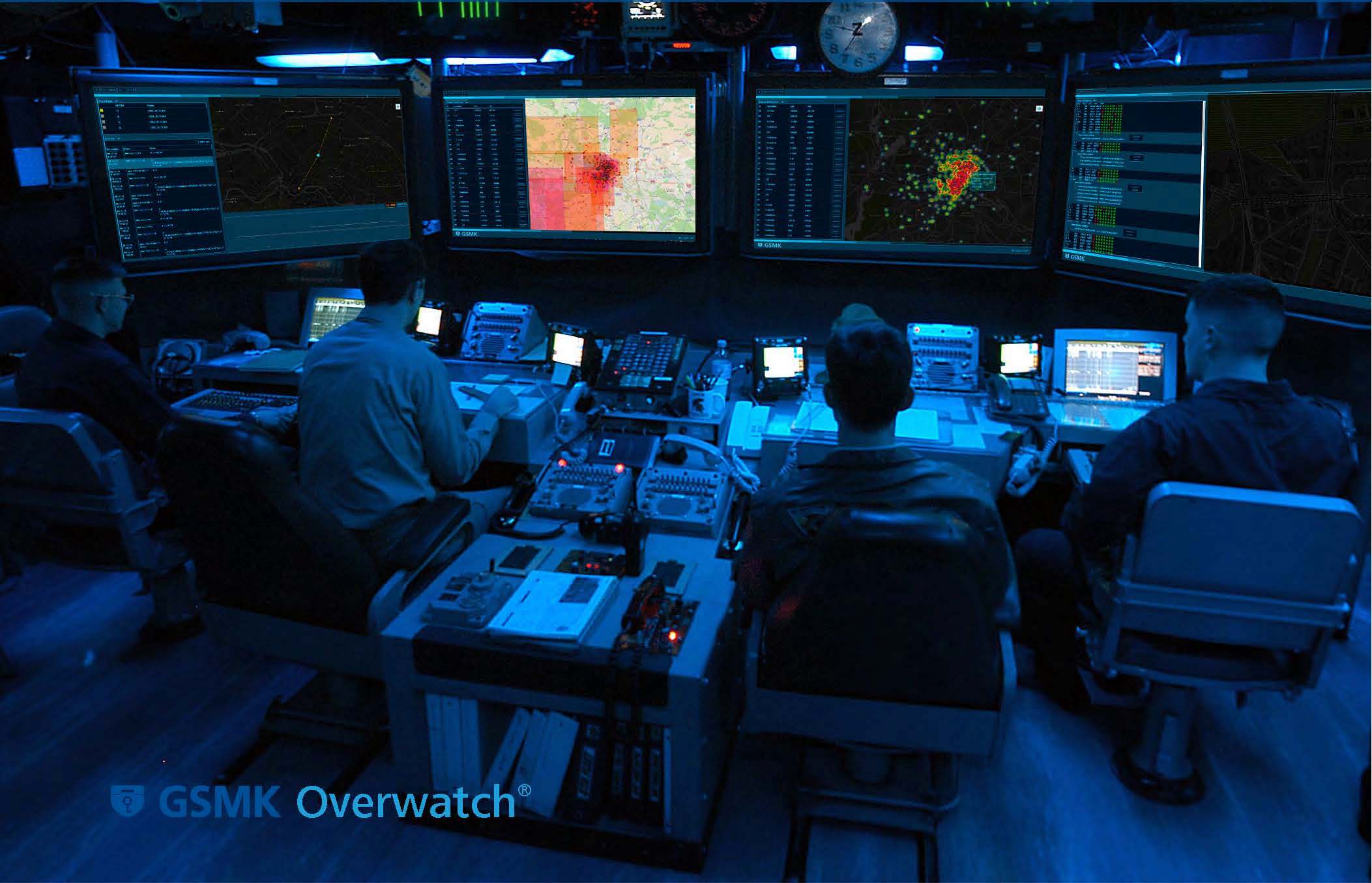 GSMK’s counter intelligence system Overwatch is the world’s first solution capable of distributed detection, localization and neutralization of active attacks on mobile communications via the air interface. Overwatch enables security forces and network regulators to prohibit illegal use of IMSI-catchers nationwide and 24/7.

Foreign intelligence services and criminal organizations operate IMSI-catchers on large scale, targeting government institutions (ministries, embassies, military, police) and industry. GSMK Overwatch allows for effective, 24/7 protection of all critical compounds nationwide. These compounds are simply equipped with Overwatch Sensors, which report about all cellular base stations and their behaviour to the Overwatch Central Analysis Unit at headquarters. Overwatch Central Analysis identifies the IMSI-catcher, triggers alarm and provides the intervention team with all information for swift arrest of the spy team, or    further observation.

Media reports document that IMSI-catchers are used on a regular basis for serious espionage. Examples have been foreign intelligence services targeting ministries in Washington and Oslo, soldier’s phones being intercepted and manipulated by IMSI-catchers in the Baltic States, Ukraine and Syria. Typical examples of industrial espionage are IMSI-catcher attacks on IOT integrated production plants and phones of high-level management. This indicates how common this kind of interception is, but it is probably only the tip of the iceberg.

So why is it possible for hostile parties to operate IMSI-catchers, with apparently little or no risk of getting caught? Old approaches to detect IMSI-catchers could not effectively detect IMSI-catchers. Reasons are limited detection capability and prohibitive costs that limit operation time and number of sites, which can be protected with given resources.

To effectively stop hostile IMSI-catchers from attacking any sensitive government site, a system is required to protect all sites simultaneously, 24/7 and has highly elaborated, automatic detection. It must instantly and reliably identify and localize illegal IMSI-catchers that target phones in government buildings and provide all information for easy and swift triangulation of the spy unit.

GSMK Overwatch is the leading system for detection of hostile IMSI-catchers. The highly developed analysis ensures reliable identification of IMSI-catchers, the economic costs; especially in operation allow protection of every sensitive compound.

A typical Overwatch system come with the following components: 100-400 Stationary Sensors, for permanent installation at sensitive sites, nationwide. 10-20 Quick Deployment Sensors, for temporary deployment in changing locations, during conferences, journeys of officials or military deployments. 1 Central Analysis, installed at headquarters of the institutions in charge for operations, for constant analysis of raw data sent by all sensors.

The sensors continuously monitor and analyses all available cellular base stations. All sensors send their raw data, down to a very low layer (up to 150 criteria), to the Central Analysis Unit. Based on the raw data the Central Analysis’ highly elaborated system of heuristics allow for reliable and automatic detection of IMSI-catchers in all locations and 24/7. When an IMSI-catcher is detected, Overwatch triggers an alarm and provides information to the intervention team, for quick approach, arrest or further observation. The browser-based graphical user interface visualizes the findings into different levels of detail, a cellular network situation map and ensures intuitive operation of the system.

GSMK Overwatch is a defensive system that solely monitors and analyses the behaviour of cellular base stations for identification of the hostile ones. By design GSMK Overwatch can’t monitor cellular phones, hence a violation of citizens’ privacy has been excluded and operation of the system is unproblematic. GSMK Overwatch has proven its effectiveness and efficiency on all continents. If an IMSI-catcher is approaching phones in an area protected by GSMK Overwatch, instant identification, localization and arrest of the spy team will be the result. Operation of unauthorized IMSI-catchers is impractical from then on. The combination of unprecedented capability in combination with the economic costs of investment and operation make GSMK Overwatch the preferred solution of governments on all continents.

GSMK is happy to demonstrate the capability of Overwatch in a proof of concept in your country! During the PoC the customer has the opportunity to challenge GSMK Overwatch by his best interception teams! To arrange for a PoC, please contact Securemetric in Kuala Lumpur or GSMK in Germany.

Disclaimer: This article has been published in SecureMAG Volume 11, 2019